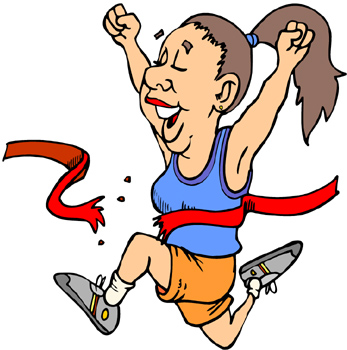 One of my proudest moments in business was selling a company to Zynga.

Not because of the money or because it sounds cool.

It’s one of my proudest moments because it was a time when I was relentless about finishing a project of supreme importance to me and my company.

The truth is the whole process was NOT glamorous at all.

I was the COO of the company and so my job was to juggle interactions with Zynga’s corporate development team, the 30+ employees in my company, our board, and our legal team.

I had to make sure that meetings were scheduled, files were exchanged, people were interviewed, lawyers were briefed, and (for the most part) everyone remained happy.

Not that sexy. But if you want to get a deal done, it’s got to happen.

The process was draining to say the least.

The deal dragged on about three times longer than we had anticipated.

On the day the deal was scheduled to finally close, a snowstorm hit the east coast.

We got word that the the State House in Delaware (which had to approve the merger) was planning on closing early due to “inclement weather”.

Hell no. Not on my watch.

I called some friends on the east coast and found out that that there was no snow yet.

I then called the state house and begged a representative to stay until 5pm EST – all of her colleagues were leaving at Noon.

After 20 minutes of pleading, she finally caved and said “Fine, I’ll stay. But not a minute past 5.”

Then I called our fantastic legal team and had the head partner actually came to our office to work at the desk next to me. We raced to get every last document signed – including getting signatures from a dozen people who weren’t even with our comapny any longer.

I collapsed and slept for the next two days.

After the deal had closed, one of my cofounders said something to me that sticks in my head to this day:

Dude, you practically willed that thing to happen.

The truth is that the other founders were the genius behind our company. It was their idea and their product vision. I just made the business run.

That said, in the most crucial time, I was on center stage and the boring stuff really mattered.

And now, what my cofounders remember about me is this:

I won’t stop until the important tasks are finished.

During the life of that business, I made a few boneheaded mistakes. In fact, often my work was less than graceful.

But that’s not what my team remembers – and what anyone really remembers.

What sticks with people is whether you did or didn’t FINISH the job when it mattered. – Click to Tweet

I’ve come to realize that at every level, the people who excel in business are the ones who finish.

The process is rarely pretty, smooth, or quick. But none of those count nearly as much as finishing the task at hand.

In a time when we like everything quick and easy, finishing has become a bit of lost art. If you can master it, though, you are sure to stand out.

How to be a finisher at work

Here’s how to become known as a “finisher” at work:

Question: What’s the number one thing stopping you from finishing what you start?

Comment14 | Share | Tweet | print | email
Disclosure of Material Connection: Some of the links in the post above are “affiliate links.” This means if you click on the link and purchase the item, I will receive an affiliate commission. Regardless, I only recommend products or services I use personally and believe will add value to my readers. I am disclosing this in accordance with the Federal Trade Commission’s 16 CFR, Part 255: “Guides Concerning the Use of Endorsements and Testimonials in Advertising.”

Please note: I reserve the right to delete comments that are offensive or off-topic.

14 thoughts on “The Lost Art of Finishing”